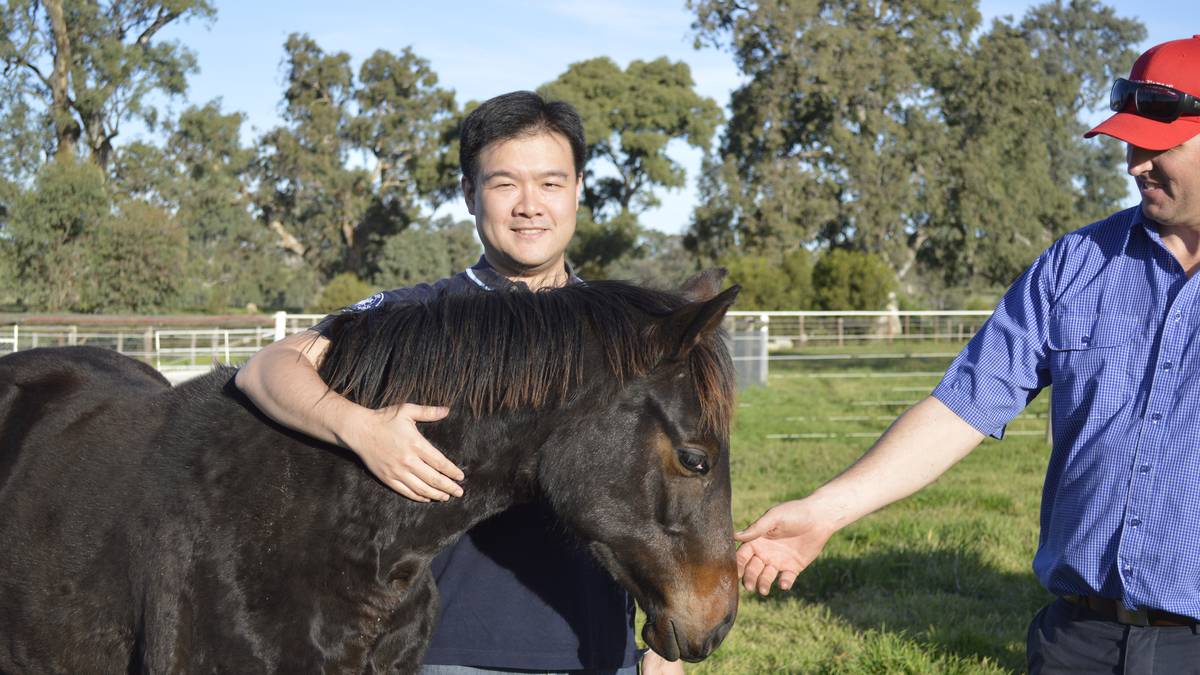 Thoroughbred stud Goldin Farms, at Lindsay Park, Angaston will be returned to its former glory which made it world-famous and prompted a visit by the Queen.

Sean Fang, Vice President of Goldin Group, said the stud’s new owner Mr Pan Sutong was keen to restore the stud to its former profile. “Mr Pan shares the passions of the Barossa residents, he has the utmost respect for history, heritage and nature,” Mr Fang said.

On a two-day visit to Goldin Farms, Mr Fang said no expense would be spared to rejuvenate the former Lindsay Park Stud.

“Already we have replaced much of the property fencing, and will be seeking architect suggestions on how best to bring the stables back to peak condition, and also even build new ones,” he said. “Hopefully the Barossa residents will be pleased with the decision to again make the farm a world-class property, and to do that we will need local suppliers to make it happen.”

Mr Fang went on to explain how Mr Pan purchased the property and stressed it was a private, not commercial, investment.

“Having established the Tianjin Goldin Metropolitan Polo Club owning over 200 polo ponies in 2010, in 2012 he was lucky to purchase two racehorses, Akeed Mofeed and Gold-Fun, which have proved to be high-class racehorses and last year Akeed Mofeed won both the Hong Kong Derby and the Hong Kong Cup. Mr Pan decided he would like to stand Akeed Mofeed at stud and have the horse serve his own band of broodmares, and because that was not possible in Hong Kong, we scouted the world for a suitable property.”

Mr Fang said they had been aware of Lindsay Park Stud being for sale but when they made enquiries were told it had already been sold.

“So we went looking at properties in New Zealand and Victoria before learning Lindsay Park Stud was once again on the market. From then onwards, the decision was a no-brainer to Mr Pan.”

Mr Fang said there was no decision on when Akeed Mofeed would arrive at Goldin Farms but in the interim the stud was buying mares to ensure a band was ready when he does arrive.

South Australian Andrew Perryman, who has experience working with the world-famous Darley Woodlands Stud in New South Wales, is Goldin Farms’ Stud Manager, and one of his jobs is to source mares for the venture.

Earlier this month he purchased eight mares at the 2014 Inglis Australian Broodmare and Weanling Sale in Sydney.

Mr Perryman said neighbour Tony McEvoy at Kildalton Park was training the yearling along with an import called Martian, a winner of the 1986 metre maiden at Goodwood in the United Kingdom in September last year.

“It makes common sense to use Tony as he is a successful trainer and is next door, so we can see the horses on a regular basis; but Mr Pan would not limit his choices to only one trainer in Australia, and there is an obvious connection with David Hayes, the former owner of our property.”

Goldin Farms also owns two racing fillies, one currently trained by Liam Birchley and the other by Brett Cavanough.