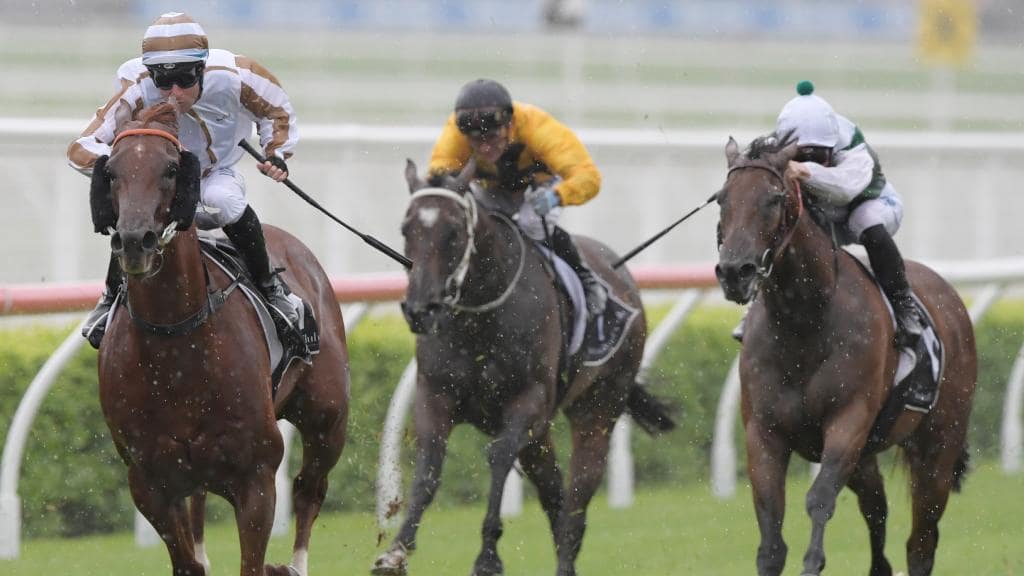 THE showdown between speedsters Heart Conquered and Sei Stella lived up to the hype with the former running a track record to win a thriller at Randwick’s Kensington track.

There was only a long head separating the two promising sprinters on the line but they gapped the rest with nearly four lengths to their chasing rivals as Heart Conquered stopped the clock at a flying 56.01s, breaking the six-year-old track record by more than 0.5s.

“I didn’t think he would get beaten to be honest. He had won on a good track in Adelaide so I couldn’t believe people were worried about him on a firm track today. He is effective on both and he has just smashed a track record – happy days.’’

Heart Conquered ($3.70) sat outside Sei Stella ($2.50 favourite) before edging past that mare to win narrowly with Tessera ($13) 3¾ lengths away third.

The clash between summer sprint finds Heart Conquered and Sei Stella was the race of the day, as promised, and both are capable of winning better races.

Heart Conquered had come off two very easy Warwick Farm 1000m wins on heavy tracks but he showed the same brilliant speed on top of the ground on Saturday.

“He is a beautiful horse, he runs at his own speed,’’ said Tommy Berry, rider of Heart Conquered. “I had to keep him wide on the track because I knew if I came up to Jay (Ford, rider of Sei Stella) my horse would want to make a race of it. Once I came into him on the corner we were full bore from the top of the straight but my bloke was too strong at the end.’’

“Tommy did stay wide but the horse was comfortable and that is the most important thing,’’ Hawkes said. “Half way through the race Heart Conquered was going to get a bit keen so Tommy let him slide.

Co-trainer Michael Hawkes wasn’t surprised by Heart Conquered’s track record-breaking win. “He could have crossed and led but Tommy just kept him balanced and that makes such a big difference, this was why he was able to hit the line.’’

Hawkes said Heart Conquered has earned a spell and could be aimed at the feature sprints in Brisbane later in the season.

“This was his seventh run and he will go to the paddock now,’’ Hawkes said. “He has done a massive job and won three in a row in Sydney which is so hard to do. He’s a very promising sprinter.’’

Heart Conquered will have a break before heading to Brisbane for the winter carnival. Sei Stella’s effort to come out of a TAB Highway win and mix it with Heart Conquered was full of merit.

“Obviously the other horse is very smart but she has run out of her skin,’’ said Jay Ford, rider of Sei Stella.

“Although she was beaten, I’m rapt with how she went and the time reflects that. Today’s effort was far superior to her Highway win but she just ran into a better one on the day.’’