Heart Conquered smashes track record on his own terms 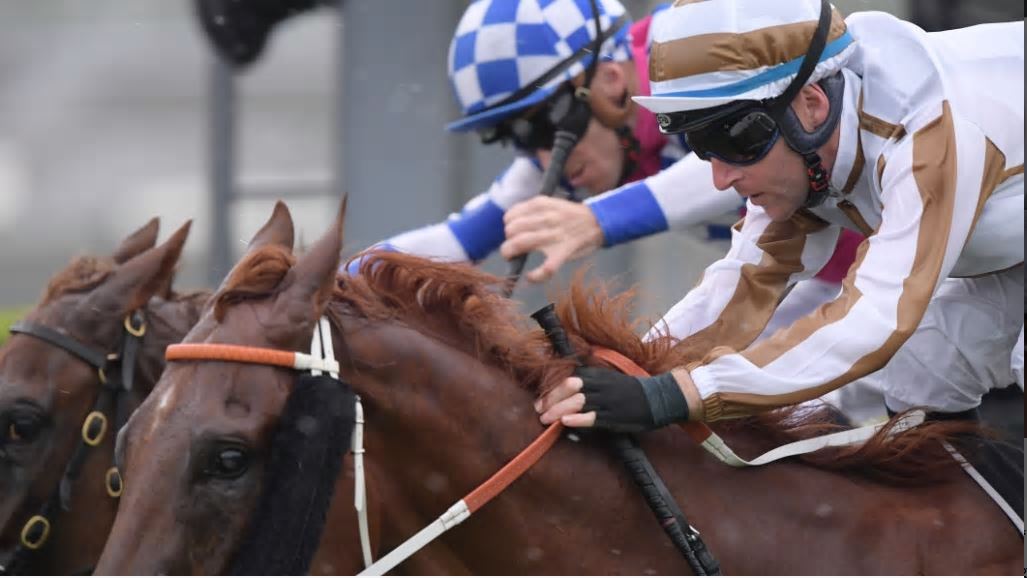 Tommy Berry took everything else out the equation on Heart Conquered as he smashed the track record in the Summer Racing Sprint (1000m) on Kensington track at Randwick on Saturday.

“I rode him like there was nothing else in the race,” he said. “I just wanted to use his speed and not worry about Sei Stella because I knew he was good enough. I just had to let him be comfortable.’’

The result was a narrow, yet decisive, victory – a long neck – but the clocked stopped at 56.01 seconds, a track record by half a second. There was a gap to the rest with 3 lengths to Tessara.

“He has put a string together and he is just a tough horse,” co-trainer Michael Hawkes said. “He has been up for seven runs and produces that. It shows you what type of horse he is. He can go for a spell now and come back in the winter. He doesn’t have to step up in distance if he can do that – we will find races for him.”

In truth, Heart Conquered ($3.70) and Sei Stella, which started $2.60 favourite on the back of two Highway wins, look destined for stakes grade as they broke away from the field using sheer speed.

Neither looked like stopping as they cut sub-11 second 200m sectionals. They are both still down in the benchmarks – it was benchmark 78 yesterday – and will be able to get into some quality sprints down in the weights.

Rather than being disappointed, Jay Ford was proud of the way Sei Stella struck to her guns after being headed at the 300m.

‘‘Obviously the other horse is very smart,’’ Ford said. ‘‘She has run out of her skin. Although she was beaten, I’m rapt with how she went. The time reflects that.

“Today’s effort was far superior to her Highway win but she just ran into a better one on the day.’’
Hawkes and Berry got the tactics right with Heart Conquered and just let him build his race rather getting into a battle with Sei Stella.

“He is a natural runner. Tommy told me what he was going to do before the race and stay a little wide rather than race the other horse,” Hawkes said. “I thought he was playing to our strengths.

“If he can keep doing that there are some exciting times in front of him. I have said it last time and I’ll say again, these Akeed Mofeeds are great horses to train with great attitudes.”

Berry believes Heart Conquered is only going to get better after his break.

“It will be interesting to see what he is like with another six months,” Berry said. “He has so much speed and if I had drawn inside the other one [Sei Stella] I would have have led easily. He couldn’t have run much quicker than he did.

‘‘He is a beautiful horse, he runs at his own speed. I had to keep him wide on the track because I knew if I came up to Jay my horse would want to make a race of it.

“Once I came in on the corner, we were full bore but my bloke was just too strong.”