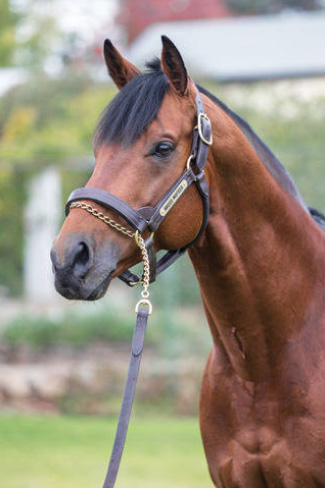 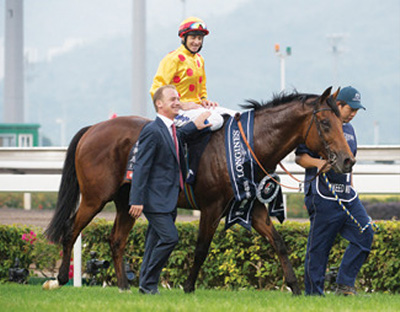 “He’s got such a good character. He’s a Dubawi and they’re known for their good temperaments, but really since the day he arrived here no-one has ever even once seen him with his ears back,” said Richard Gibson during Akeed Mofeed's time with him in training.

The brilliant victory of Srikandi in last weekend’s $2 million BRC Stradbroke Handicap (Gr.1) completed a rare domestic feat for the world-class progenitor Dubawi and continued a remarkable sequence of worldwide black-type success recorded by the acclaimed stallion’s progeny since the beginning of this year.

One of the thoroughbred world’s most pre-potent sources of black-type winning offspring and the forebear of Goldin Farms’ foundation sire Akeed Mofeed (GB), Dubawi has now sired a Group 1 winner in each crop to have resulted from his three visits to Australia between 2006-2009. Furthermore, the phenomenal Mr Prospector sireline representative has sired more Stakes winners, Group winners and Group 1 winners than any other world stallion in 2015.

Born as a result of his final Australian stud season in 2009, Srikandi maintained Dubawi’s record of siring a Group 1 winner in each of his only three crops (2007, 2009 and 2010) produced Down Under. Members of Dubawi’s first Australian-bred crop included Secret Admirer (07f, Flight Stks-Gr.1 & Epsom Hcp-Gr.1) and Tiger Tees (07g, The Galaxy Hcp-Gr.1), whose Group 1 deeds were then emulated by Shamal Wind (09f, MRC Oakleigh Plate-Gr.1) earlier this year.

Srikandi’s success in last Saturday’s Stradbroke Handicap witnessed the brilliant sprinting racemare becoming Dubawi’s fourth individual Group 1 winner in Australia — completing a unique accomplishment for any dual-hemisphere serving stallion. The fact that Dubawi has also been represented by fellow Pattern Race winners Catkins, Arabian Gold, Lady of Harrods, Intimate Moment, Cellarmaster and Ball of Muscle (not to mention another half-dozen Listed Race winners) on the local front is proof positive of how well the breed is suited by Australian racing conditions.

Srikandi actually became the nineteenth individual Group 1 winner of Dubawi’s exceptional stud career, while the mare is one of 22 stakes winners for her sire since the turn of the calendar year. All told, Dubawi is currently accredited with a collective 94 stakes winners and 45 stakes placegetters at an astonishing ratio of over 19 percent black-type performers-to-starters.

Akeed Mofeed is the only Group 1 winning sire-son of Dubawi based in Australia. He is to stand his second season at Goldin Farms in 2015 at a fee of $16,500 (inc. GST), payment on live foal (conditions apply).