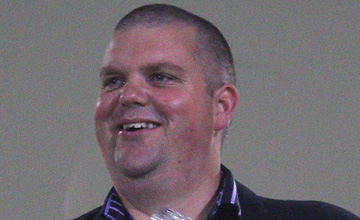 Nathan Tinkler was in attendance at Magic Millions on Sunday to see his racemares and broodmares come under the hammer PICTURE: Getty Images

NATHAN TINKLER was in attendance at Magic Millions on Sunday to see the first wave of his horses – racemares and broodmares – come under the hammer as part of the Patinack Farm complete dispersal.

A Group 3-winning daughter of Exceed And Excel, Believe’N’Succeed is responsible for one runner, the Group 1-winning Lonhro filly Bounding.

The nine-year-old mare, who shares her page with US Grade 1 scorer November Snow, was sold in foal to the late Street Cry.

“She is a lovely mare and we will take her home and decide who she will go to,” Magnier told the Australian press.

“We have horses back at the farm like Camelot and Pierro, so we will take her back and we will decide where we will go from there.

“It has been a great sale. We have got a couple of mares so far and we are happy with that.”

The Bel Esprit mare, who is a Group 1 winner, has produced one winner and was sold in foal to All Too Hard.

The nine-year-old mare, who is foal to All Too Hard, won the Group 1 Toorak Handicap.

“In the last five months Magic Millions has sold about A$92.5m worth of breeding stock,” he said.

“Having taken just short of A$70m at the National Sale and then to turn around and sell another A$22.5m for an out of season sale speaks volumes for the Australian bloodstock industry.

“Competition was wide and varied from the start of the sale until the last lot this evening.

“We are now looking forward to the final breeze-up session tomorrow morning in preparation for Tuesday’s Gold Coast Horses in Training Sale.

“Already some 96 two-year-olds have breezed in sub-11 second times and we anticipate a lot of interest in the two-year-old sale. Recent graduates of the sale have been racing with tremendous success with 32 individual winners already from last year’s auction.”

Patinack’s yearlings come under the hammer on Monday at 1pm (4am GMT).